Communities are stronger and safer when residents and law enforcement professionals can relate as ordinary people with shared values, hopes, and dreams. The partners who are a part of National Faith & Blue Weekend believe we can find ways to work together around our many commonalities instead of being divided by our differences.

National Faith & Blue Weekend is an extension of the One Congregation One Precinct initiative (OneCOP), a program of MovementForward, Inc., which is a bridge-building, solutions-focused human and civil rights organization based in Atlanta, Georgia. The OneCOP initiative pairs together officers at the beat or precinct level with local houses of worship.

Working together, the paired officer and faith leader address mutually held biases and increase familiarity. OneCOP has launched in a number of cities, and yet the need for this type of collaboration is apparent in every community. With 65 million Americans attending a house of worship each week, there is a tremendous opportunity to engage the public at large. National Faith & Blue Weekend was conceived as the way to open OneCOP to everyone.

National Faith & Blue Weekend is made up of people dedicated to mutual understanding and collaboration. It is organized jointly by the United States Department of Justice Office of Community Oriented Policing Services (COPS Office) and MovementForward, Inc.'s OneCOP initiative and sponsored by FirstNet Built with AT&T along with the Motorola Solutions Foundation and Wrap Technologies. 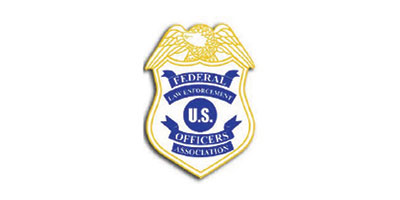 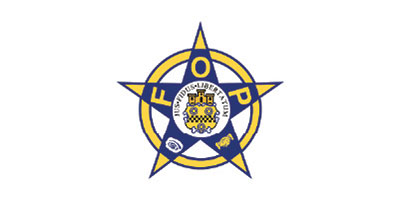 The Fraternal Order of Police is a fraternal organization consisting of sworn law enforcement officers in the United States. They are committed to improving the working conditions of law enforcement officers and the safety of those they serve through education, legislation, information, community involvement and employee representation. The order also sponsors charities such as Easter Seals, Special Olympics, memorials for fallen officers and support programs for spouses and family members of police officers. 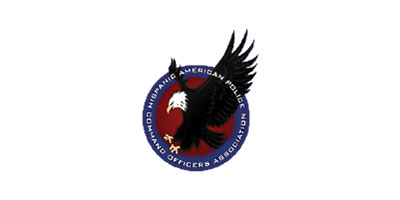 The Hispanic American Police Command Officers Association is the oldest and largest association in the U.S. of Hispanic American command officers from law enforcement and criminal justice agencies at the municipal, county, state and federal levels in the United States and Puerto Rico. 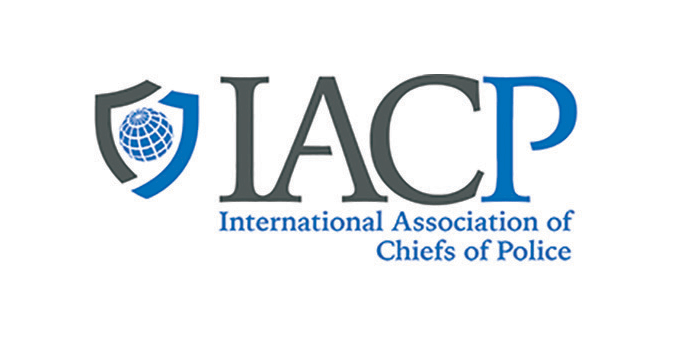 The International Association of Chiefs of Police is the world’s largest and most influential professional association for police leaders. IACP is a recognized leader in global policing, committed to advancing safer communities through thoughtful, progressive police leadership. Since 1893, the association has been serving communities worldwide by speaking out on behalf of law enforcement and advancing leadership and professionalism in policing worldwide. 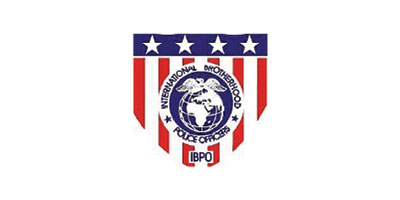 The International Brotherhood of Police Officers is a union who employs a staff of full-time labor attorneys whose only job is to work with and help members resolve work-related issues. IBOP provides legal services to members on work-related issues, including arbitration hearings, disciplinary hearings and civil rights lawsuits. A dedicated legislative team works to safeguard and protect jobs and bargains the rights of citizens. 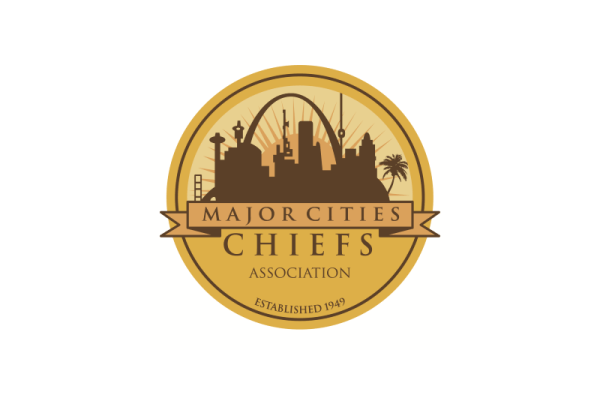 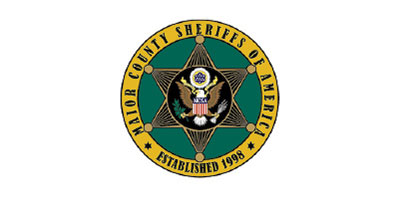 The Major County Sheriffs of America is a professional law enforcement association of the largest elected sheriffs' offices representing counties or parishes with populations of 500,000 or more. MCSA is dedicated to preserving the highest integrity in law enforcement and the elected Office of the Sheriff. 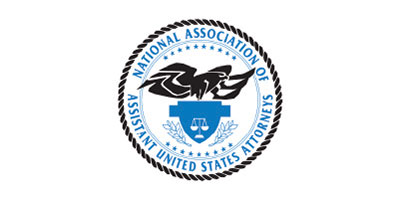 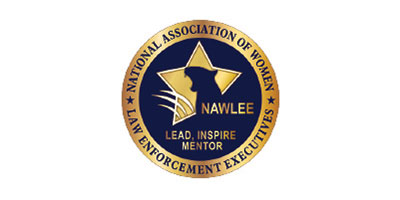 The National Association of Women Law Enforcement Executive’s goal is to promote the profession of law enforcement to women and support women who are in the field through training and mentoring. 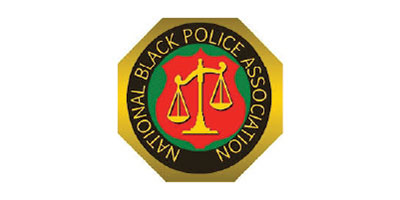 The National District Attorneys Association is a national, non-partisan, nonprofit membership association that provides training, technical assistance and services to prosecutors around the country in support of the prosecution profession.Their mission is to be the voice of America’s prosecutors and to support efforts to protect the rights and safety of the people by providing its members with the knowledge, skills and support they need to ensure justice is attained, 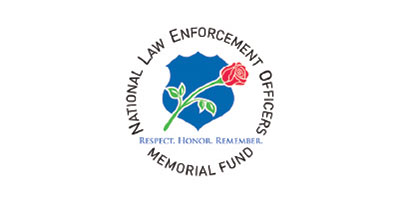 The National Law Enforcement Officers Memorial Fund is dedicated to telling the story of American law enforcement and making it safer for those who serve. The Memorial Fund is a principal organizer of the National Police Week observance each May and hosts a Candlelight Vigil each May 13th to honor all fallen officers. In addition, the Memorial Fund maintains the largest, most comprehensive database of line-of-duty officer deaths, conducts research into officer fatality trends and issues, and serves as an information clearinghouse.

The National Organization of Black Law Enforcement Executives is a membership group of primarily black law enforcement CEOs and command-level officials in local, state, county and federal government. NOBLE members are engaged in various community activities, whether it be food or clothing drives, presenting the Law and Your Community, reading to children, awarding scholarships or talking with young people about safety — be it traffic safety, gun safety, internet safety, bullying or HIV/AIDS prevention. 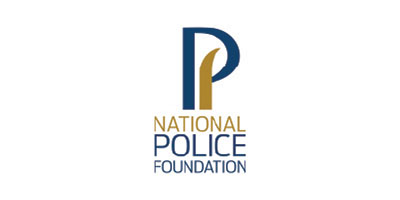 The National Police Foundation is an organization dedicated to improving policing through innovation and science. The Foundation conducts its work and provides services that are independent of partisan, corporate or member views and only influenced by science, facts and data, which makes it unique under most law enforcement organizations and associations.

The National Sheriffs' Association is dedicated to serving the Office of Sheriff and its affiliates through law enforcement education and training and through the provision of general law enforcement informational resources. The Association represents thousands of sheriffs, deputies and other law enforcement, public safety professionals and concerned citizens nationwide. 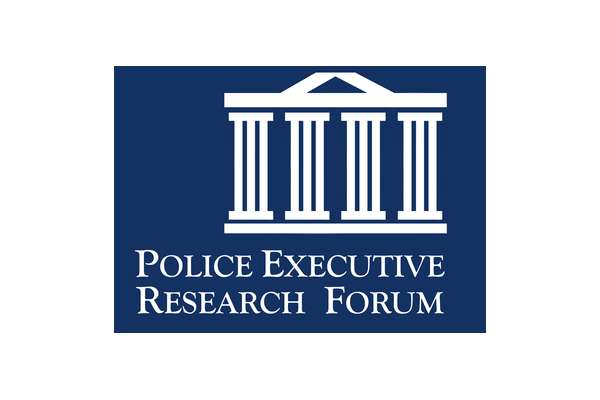 The Police Executive Research Forum is an independent research organization that focuses on critical issues in policing. PERF has identified best practices on fundamental issues such as reducing police use of force, developing community policing and problem-oriented policing, using technologies to deliver police services to the community and evaluating crime reduction strategies. 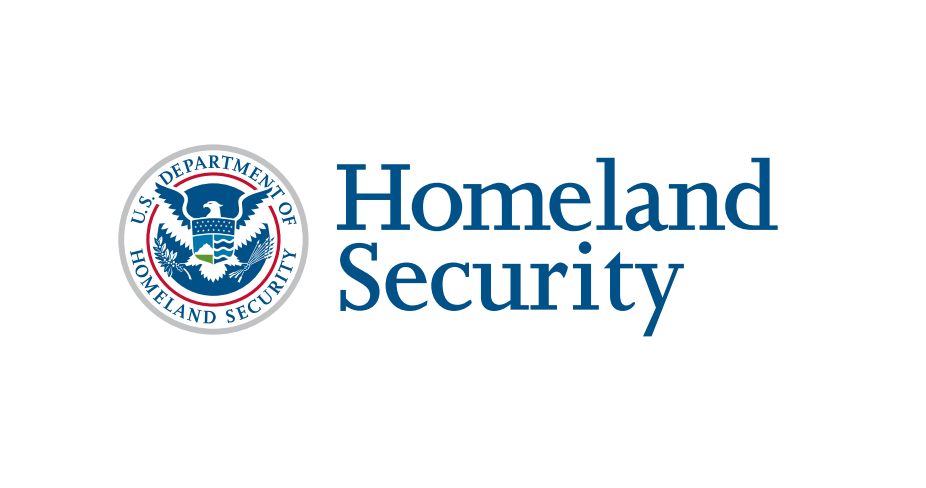 The Department of Homeland Security (DHS) is the largest law enforcement agency in the nation. With honor and integrity, DHS ensures the American people, our homeland, and our values are protected. As an agency comprised of over 240,000 employees fulfilling a wide mission from border security to cybersecurity, the goal of DHS is clear – keeping America safe. 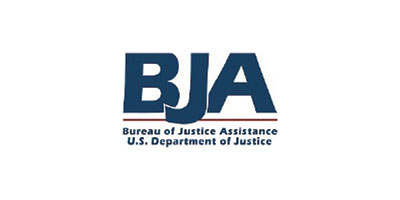 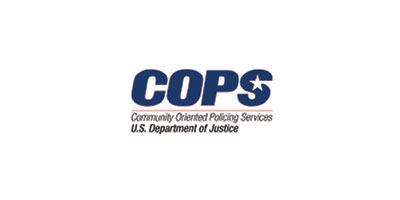 The Office of Community Oriented Policing Services is the component of the U.S. Department of Justice responsible for advancing the practice of community policing by the nation's state, local, territorial and tribal law enforcement agencies through information and grant resources. 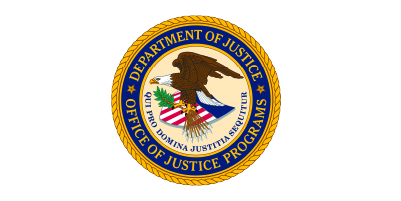 The Office of Justice Programs is an agency of the United States Department of Justice that focuses on crime prevention through research and development as well as assistance to state, local and tribal criminal justice agencies, including law enforcement, corrections and juvenile justice, through grants and assistance to crime victims. 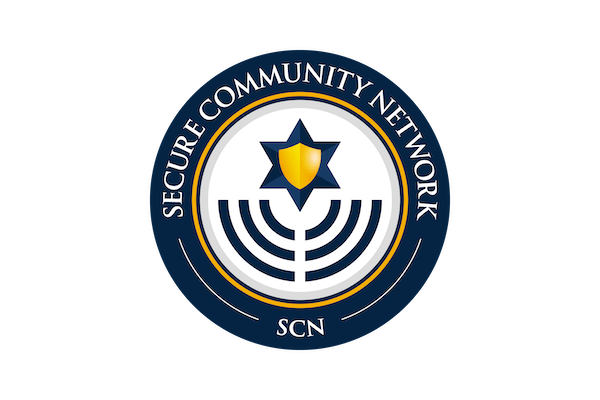 The Secure Community Network (SCN) is the official homeland security and safety initiative of the organized Jewish community in North America. Founded in 2004, under the auspices of The Jewish Federations of North America and the Conference of Presidents of Major American Jewish Organizations, SCN serves as the central organization dedicated exclusively to the safety and security of the American Jewish community.

National Faith & Blue Weekend is proud to be partners with 47 state chiefs and sheriffs associations. These associations represent thousands of Police Chiefs and Sheriffs across the United States. Please click on "Learn More" below to see the 47 associations. 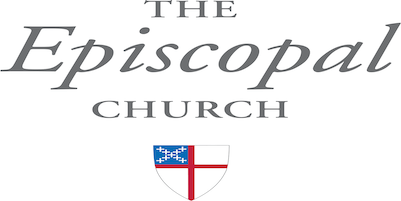 The Episcopal Church, based in the United States with additional dioceses elsewhere, is a member church of the worldwide Anglican Communion. It is a mainline Christian denomination and is divided into nine provinces 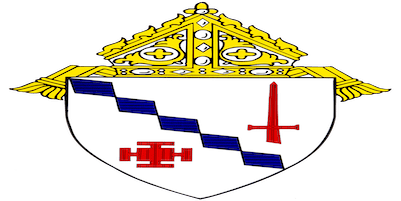 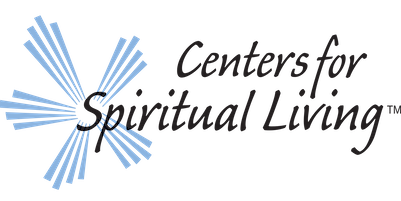 Centers for Spiritual Living is a global community comprised of more than 400 spiritual communities, teaching chapters, study groups and other ministries in 30 countries. These communities teach a New Thought philosophy that brings religion and science together and offers spiritual tools to transform personal lives and help make the world a better place. 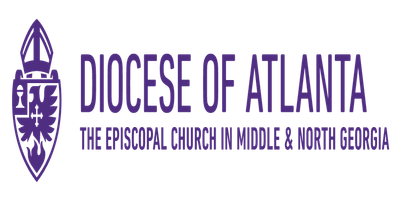 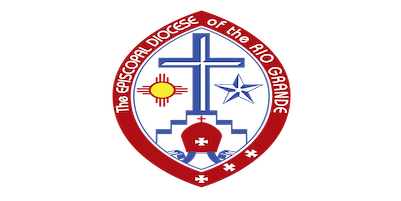 The Episcopal Diocese of the Rio Grande | Albuquerque, New Mexico

The Episcopal Diocese of the Rio Grande is the Episcopal Church's diocese in New Mexico and southwest Texas, the portion of the state west of the Pecos River, including the counties of El Paso, Reeves, Culberson, Jeff Davis, Brewster, Presidio, Terrell, Hudspeth and Pecos. 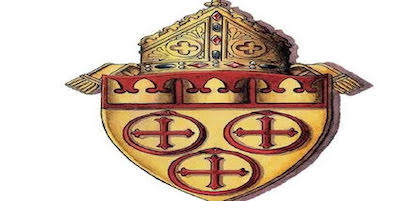 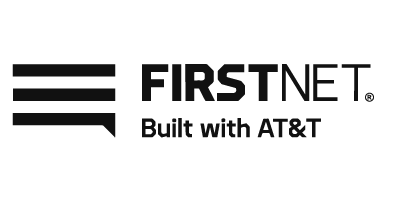 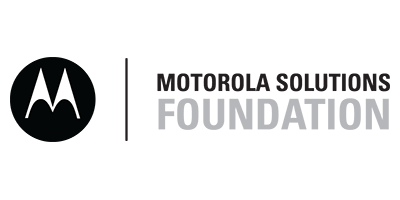 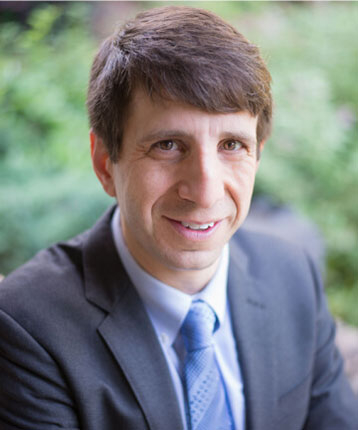 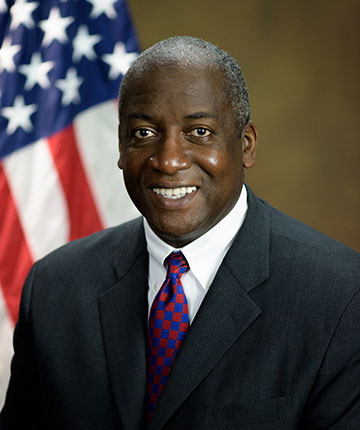 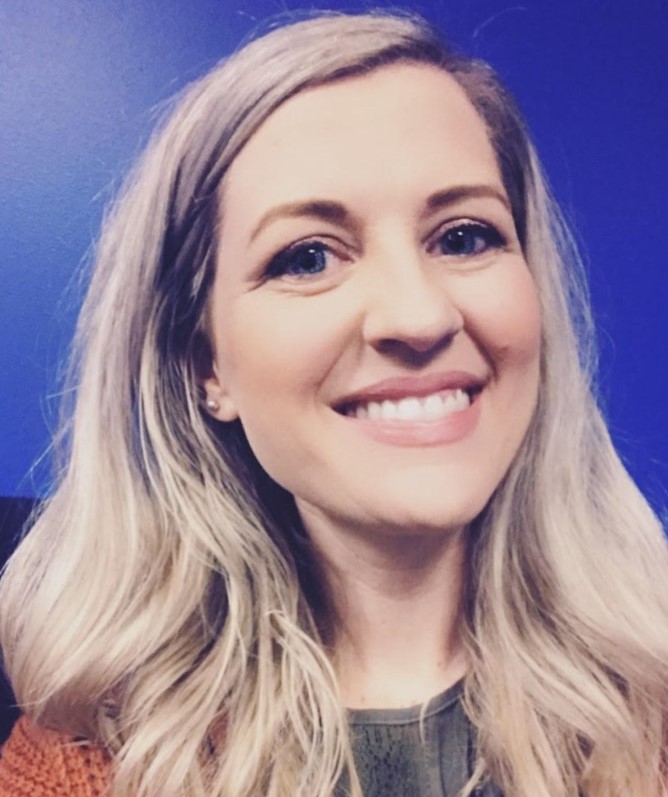 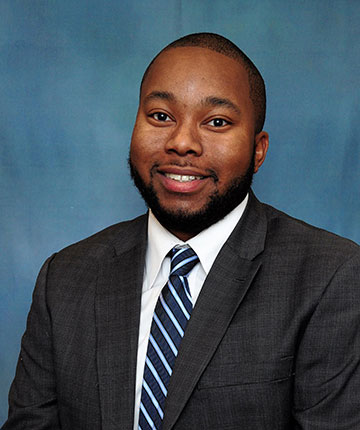